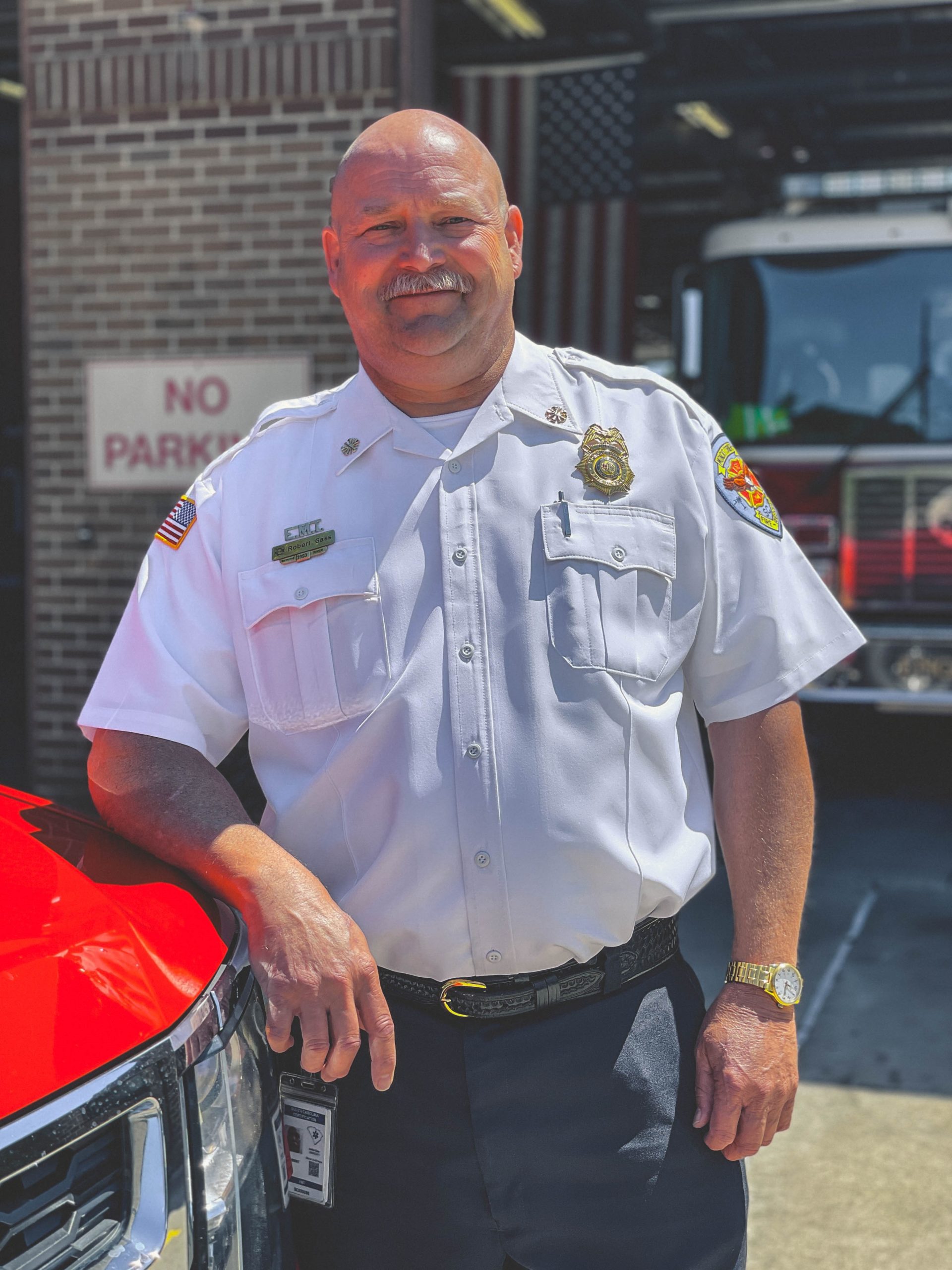 Bobby Gass was born in Honolulu Hawaii in 1961 to Robert L. Gass, Jr. and Dorothy R. Gass. The U.S. Navy moved the family several times before his dad was stationed in Charleston in 1964 and they moved to Goose Creek where he grew up and attended school.

Bobby started working in the service department at Burnside Dodge in the late 70s and worked for Berkeley Electric Coop in their equipment maintenance shop through the 80s.

In 1990 he began working for himself and with the freedom to set his schedule began volunteering with the Berkeley County Rescue Squad in 1992 which led to simultaneously volunteering with the Coroner’s Office and the Moncks Corner Rural Fire Department.
Bobby took a career firefighter’s position with the Town of Moncks Corner in June of 2000 and worked through the ranks; he was promoted to Fire Chief the end of June 2018.

Bobby is married to his wife of 26 years Dee Dee Matthews-Gass, he has a son, a daughter and 2 granddaughters.